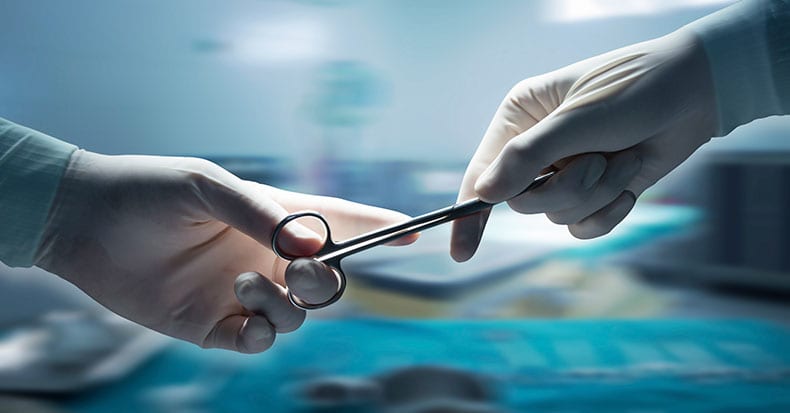 Carpal tunnel syndrome (CTS) is the most common peripheral entrapment neuropathy—that is, it’s the most common place to trap a nerve in the extremities (arms or legs). CTS affects 6-11% of adults in the general population, and it occurs in women more often than men. The cause is often difficult to determine but the most common reasons can include trauma, repetitive maneuvers, certain diseases, pregnancy, being over the age of 50, and obesity.

So, is surgery the only answer? The short answer is NO! In fact, in a recent randomized clinical trial published in the Journal of Pain, researchers observed similar improvements in function when they compared the outcomes of patients who underwent surgery vs. those who received manual therapies (such as those performed several times a day at chiropractic clinics around the world) at both six months and one year later. The improvements included increased strength, function, and decreased hypersensitivity in both the surgical and non-surgical groups. Interestingly, the manual therapy group did BETTER at the one and three month assessments when compared with the surgical group (again, with no difference at six and twelve months)!

The median nerve, the culprit behind CTS, starts in the neck and travels down through the shoulder, elbow, forearm, and finally through the carpal tunnel, which is made up of eight small carpal bones that form the arch of the bridge. Entrapment of the median nerve occurs when the normally tight quarters within the carpal tunnel combine with the inflamed nine sheathed muscle tendons that push the nerve into the floor of the tunnel (a ligament), which results in CTS! The goal of therapy—both surgical and manual therapy—is to reduce the pressure within the tunnel and free up the compression of the median nerve.

Manual therapies focus on joint mobilization and manipulation to reduce joint fixations, muscle release techniques in the forearm and hand, stretching techniques, and at-home exercises that emphasize a similar stretch, the night brace, and management of any underlying contributing factor. These “underlying factors” might include diabetes, hypothyroid, taking birth control pills, weight management, and inflammatory arthritis.