How Is Dizziness Related to My Neck Pain or Headaches? 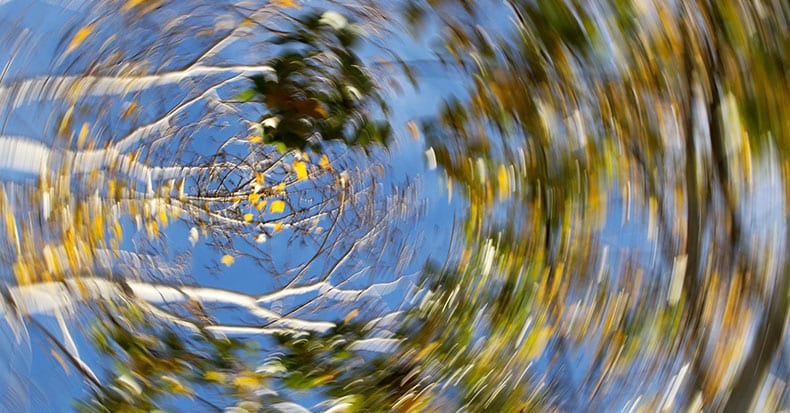 Dizziness, neck pain, and headaches are very common symptoms that may or may not occur at the same time. Though this interrelationship exists, this month’s article will focus primarily on dizziness, particularly related to dizziness that occurs after standing.

First, it is important to point out that it is VERY common to be light headed or dizzy when standing up too fast, which is typically referred to as orthostatic hypotension (OH). OH is frequently referred to as a benign symptom, but new information may challenge this thought.

Let’s review what happens. When we are lying down, our heart does not have to work as hard as when we are upright; therefore, our blood pressure (BP) is usually lower while we lay in bed. When standing up, blood initially pools in the legs until an increase in blood pressure brings oxygen to the brain. This either resolves or prevents dizziness.

There are two types of OH—delayed OH (DOH) where the onset of symptoms are not immediate but occur within three minutes of standing and “full” OH, which is more serious and occurs immediately upon rising. According to a 2016 study published in the prestigious journal Neurology, researchers reviewed the medical records of 165 people who had undergone autonomic nervous system testing for dizziness. The subjects averaged 59 years of age, and 48 were diagnosed with DOH, 42 with full OH, and 75 subjects didn’t have either condition.

During a ten-year follow-up, 54% of the DOH group progressed to OH, of which 31% developed a degenerative brain condition such as Parkinson’s disease or dementia. Those with initial DOH who also had diabetes were more likely to develop full OH vs. those without diabetes.

The early death rate in this 165 patient group was 29% for those with DOH, 64% with full OH, vs. 9% for those with neither diagnosed condition. The authors point out that those initially diagnosed with DOH who did NOT progress into full OH were given treatment that may have improved their blood pressure.

The authors state that a premature death might be avoided by having DOH and OH diagnosed and properly managed as early as possible. They point out that a prospective study is needed since this study only looked back at medical records of subjects who had nervous system testing performed at a specialized center, and therefore, these findings may not apply to the general population.

The value of this study is that this is the FIRST time a study described OH (or DOH) as a potentially serious condition with recommendations NOT to take OH/DOH lightly or view it as a benign condition. Since doctors see this a lot, a closer evaluation of the patient is in order.