The Link Between Whiplash and Jaw Pain

Published on 24 August 2019 under Whiplash 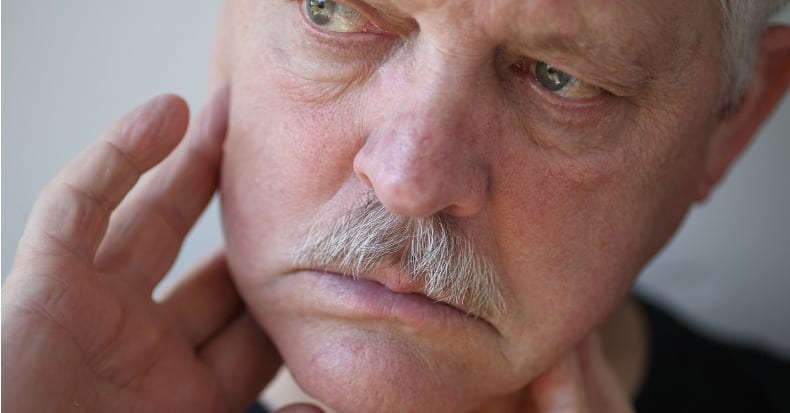 Common symptoms associated with temporomandibular disorders (TMD) include pain in the jaw joint area (in front of the ear), neck and shoulder pain, ear area pain with chewing or yawning, a “stuck” or locked feeling, and clicking, popping, or grating sounds with jaw movements. Patients with TMD may also feel like their teeth don’t fit well together, or report toothaches, headaches, dizziness, and tinnitus (ringing in the ear).

An MRI (magnetic resonant imaging) study of TMD following a WAD injury revealed joint effusion or swelling and/or disk displacement in more than half of the participants, along with alterations in the thickness of the lateral pterygoid muscle (LPM) that helps open the mouth. Studies have shown that rear-end collisions can result in trauma to the muscles in the area of the TMJ, along with its joint capsule and fibroelastic disk. Post-traumatic muscle imbalance can then perpetuate the problem, leading to chronic TMD.

A 2018 study found that patients with TMD following a whiplash injury (wTMD) had higher pain intensity scores, worse exam findings, worse function, and greater muscle atrophy in the LPM than patients whose TMD resulted from another cause. The patients with wTMD were also more likely to be affected by stress and headaches than the other TMD patients.

The authors concluded that TMD is a common WAD-related injury, and MRI findings of disk displacement and LPM alterations are often found together. They also point out that TMD from whiplash appears to involve a different mechanism than TMD from other types of trauma or no trauma.

Doctors of chiropractic are trained in the assessment and treatment of WAD, including TMD, which often involves a multi-faceted approach that includes manipulation, mobilization, and soft tissue techniques (myofascial release, contract-hold, trigger point therapy, muscle energy, and more).