The Power of Music on the Mind 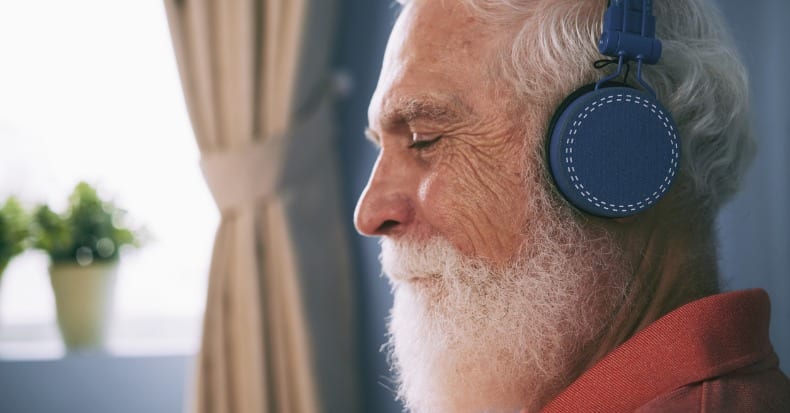 Using functional MRI, researchers have observed that music activates the visual, motor, and coordination centers on both sides of the brain. Research also shows that music affects deeper brain areas involving memory and emotion—more than almost any other stimulus. Additionally, music engages less used neural connections in the brain, strengthening them to potentially restore or improve impaired/lost functions.

One of the most publicized music therapy cases involved Congresswoman Gabby Giffords. After a near-fatal head injury, Giffords suffered from aphasia, the inability to speak due to damage of the language pathways located on the left side of the brain. By layering words on top of melody and rhythm and with a lot of practice, new neuropathways were formed, allowing her to regain the ability to speak. Her music therapist, Meaghan Morrow, compared the process to a freeway detour, describing the brain’s ability to form new roads or paths around damaged areas (a process called “neuroplasticity”) so the information can reach the same part of the brain that the damaged freeway once provided.

In previous months, we’ve discussed how walking backward can improve memory recall. Other research has found that trying new things or performing activities in a different way can create new pathways in the brain, which may improve brain health. So next time you drive to the store, take a different route. Tomorrow, try holding your toothbrush or your hairbrush with your other hand.

Of course, continue to get regular exercise, eat a healthy diet, get plenty of sleep, avoid smoking, abstain from excessive drinking, and get regular chiropractic care to keep your mind and body in the best shape possible to give yourself the best chance of a long and happy life!